Please do not hesitate to contact us if you have any particular problem related to data analysis and process optimization.

How to address us 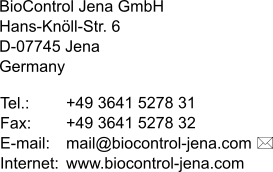 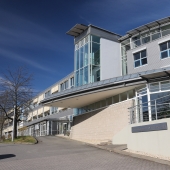 How to visit us

There are several international airports in Germany within good reaching distance to Jena.

The most important one is Frankfurt/Main international airport. By rail it takes about 3.5 hours to get to Jena (please see railway information below).

Jena has two main railway stations: Jena Paradies and Jena West, that mainly differ in the connections and partly in the train types.

Jena Paradies is the city's major railway station with direct Intercity express (ICE) services from and to Berlin, Leipzig, Nuremberg and Munich. ICE trains on this route call at Jena every two hours during the day.

From eastern or western parts of the country you can use ICEs between Frankfurt/Main and Dresden which call at Erfurt or Weimar (exit, when arriving from Dresden). From Erfurt or Weimar there are frequent connecting services to Jena West.

International rail links from the western part of Europe often call at Frankfurt/Main; from the southern part of Europe there are good connections to Munich. From eastern Europe you will probably arrive at Berlin, Dresden or Nuremberg. Berlin also has regular connections from and to Scandinavia (e.g. via Hamburg).

If you need any particular timetable information, please refer to German Railways Timetable.

Lately, several coach services have been established that are noteworthy alternatives to national trains at the main routes.

Two major German motorways (A4 and A9) lead to Jena.

From the north, taking the eastern route (Scandinavia, Hamburg, Berlin, Leipzig), motorway A9 going south should be taken. Leave this motorway at exit "Eisenberg" and then take the federal road B7 to Jena.
Alternatively, taking the western route (Scandinavia, Hamburg), motorway A7 should be taken passing Hannover and Kassel. At intersection Kirchheimer Dreieck switch to motorway A4 (direction: Dresden) and finally exit at Jena-Göschwitz.

From Eastern Europe (e.g. Poland), take motorway A4 from Dresden to Frankfurt and exit at Jena-Zentrum.

For parking it might be more convenient to choose the adress Hans-Knöll-Straße 6.

Coming by train from the north or the south you will probably arrive at the city's major railway station Jena Paradies. From the tram stop Paradiesbahnhof West just outside the station, take Trams No. 2 or 34 (directions Winzerla or Lobeda-Ost). Get off at tram stop Ringwiese. Walk up the streets Hermann-Löns-Straße and Wildenbruchstraße.

Coming by train from the east or the west you will probably arrive at the station Jena West. From the bus stop Westbahnhofstraße (about 200 metres away) take Buses No. 10, 11 or 12 (directions Beutenberg Campus, Ammerbach, Buchenweg, Winzerla or Burgaupark). Get off at bus stop Beutenberg Campus. Walk up Wildenbruchstraße.

Timetable information is available from Jenah-Verkehrsgesellschaft (this service is provided in German only). 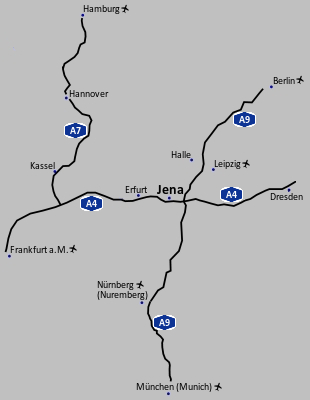 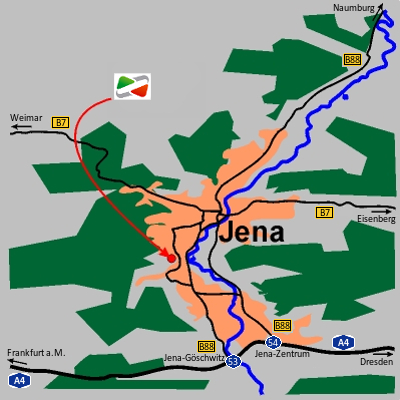 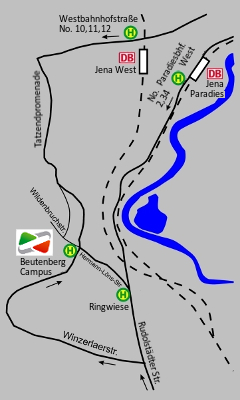 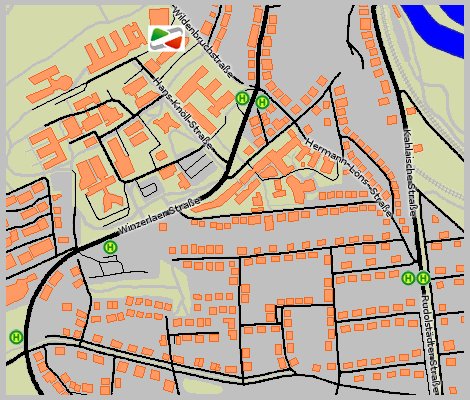